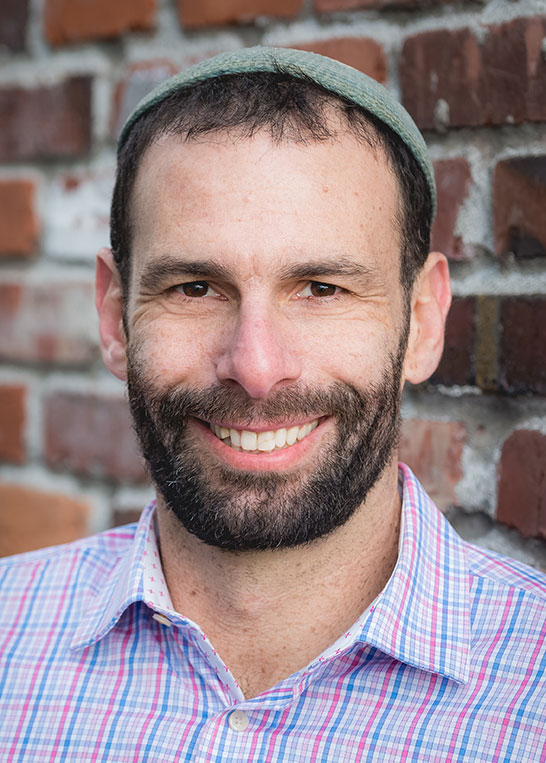 Rabbi Michael Ragozin began his tenure at Congregation Shirat Hayam in July 2015.  He draws from the best of Jewish tradition to create open, accessible and meaningful experiences which leave you feeling welcome, connected, and enriched.  He is particularly committed to helping everyone find their own Jewish practice.

Rabbi Michael learned the aleph-bet (Hebrew alphabet) at age 25 and fell in love with Jewish life while living in Jerusalem and studying at Pardes.  Prior to becoming a rabbi, Rabbi Michael was a baker (from age 9 – 14), taught Algebra through Teach for America, and worked in technology.  He is married to Sarah; their children, Liora, Noam, and Aleza, were born in 2007, 2009 and 2018.  He enjoys basketball and the outdoors.